Party magician Birmingham. Party Magicians are becoming more and more popular.Birmingham Magician Owen Strickland has been a party magician for a number of years. In his distinguished and Award Winning  career, he has entertained thousands of people from small to larger groups.No Event is too large or too small, Owen has vast experience of both

What can a Party Magician do?

Party magician Birmingham Owen Strickland is a massively skilled entertainer, bringing surprise and suspense with him everywhere he goes. Owen can perform magical miracles in front of your eyes using a great many objects (bank notes, coins, playing cards, and other borrowed objects.etc…).

Using his talents, Owen can make your party mesmerising and memorable.Its also guaranteed to keep the guests talking about your event for a long time after it’s finished! Check out some of Owens Reviews on Google or here to see what previous clients have said https://owenstrickland.co.uk/testimonials/

Why hire a Party Magician?

Becoming more and more common, a party magician is seen as one of the best forms of entertainment for a party. A good party magician, like Owen, will be able to perform to the entire room at once or walk around and perform his magic for smaller groups and individuals; making everything about him magical.Its guaranteed to make YOUR party the one guests talk about !!

Having performed for a number of prestigious clients at a range of venues and events, Owen Strickland is one of the most entertaining party magicians in the Walsall, Birmingham, Midlands, West Mids, Warwickshire and Worcestershire areas.

Owen also has made hundreds of couple’s weddings more magical as their wedding magician. Click to read one his 350+ 5-star reviews.

Member of the Prestigious Magic Circle of London. 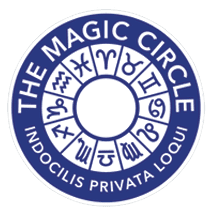 Member of Equity, with 10 million pounds worth of public liability insurance, for your peace of mind

We may request cookies to be set on your device. We use cookies to let us know when you visit our websites, how you interact with us, to enrich your user experience, and to customize your relationship with our website.

Click on the different category headings to find out more. You can also change some of your preferences. Note that blocking some types of cookies may impact your experience on our websites and the services we are able to offer.

These cookies are strictly necessary to provide you with services available through our website and to use some of its features.

Because these cookies are strictly necessary to deliver the website, refuseing them will have impact how our site functions. You always can block or delete cookies by changing your browser settings and force blocking all cookies on this website. But this will always prompt you to accept/refuse cookies when revisiting our site.

We fully respect if you want to refuse cookies but to avoid asking you again and again kindly allow us to store a cookie for that. You are free to opt out any time or opt in for other cookies to get a better experience. If you refuse cookies we will remove all set cookies in our domain.

We provide you with a list of stored cookies on your computer in our domain so you can check what we stored. Due to security reasons we are not able to show or modify cookies from other domains. You can check these in your browser security settings.

These cookies collect information that is used either in aggregate form to help us understand how our website is being used or how effective our marketing campaigns are, or to help us customize our website and application for you in order to enhance your experience.

If you do not want that we track your visit to our site you can disable tracking in your browser here:

We also use different external services like Google Webfonts, Google Maps, and external Video providers. Since these providers may collect personal data like your IP address we allow you to block them here. Please be aware that this might heavily reduce the functionality and appearance of our site. Changes will take effect once you reload the page.

The following cookies are also needed - You can choose if you want to allow them: